The grand old lady of Finnish theatre, Seela Sella is one of the country’s most versatile, charismatic, acclaimed and perceptive actors. Sella, who graduated from the Finnish Theatre School (now the University of the Arts Helsinki, Theatre Academy in 1959, has worked in many of Finland’s most prestigious theatres, such as the Turku, Espoo and Hämeenlinna city theatres, Teatteri Jurkka and Tampere Workers’ Theatre. Her most recent project is the role of Hitler in the play Hitler and the Blonde, which has also been performed at the Finnish National Theatre.

Sella’s versatility is shown by a filmography of almost sixty films in all genres, from Uuno Turhapuro and Kummeli to biographies such as Sibelius and Olavi Virta. She also starred in the film Teräsleidit (Ladies of Steel), directed by Pamela Tola, which was the most watched Finnish première film of 2020. She won a Jussi Award as best actress of the year for the film Kalteva Torni (The Leaning Tower; 2006). Sella has also been awarded the Pro Finlandia Medal (1993) and the State Prize for Performing Arts (2009).

Sella has already played the role of Aino Sibelius several times. In 1990 she starred as Aino in the television film Axel, which tells the story of Axel Carpelan, Sibelius’s patron. ‘Seela Sella plays the small role of Aino Sibelius, full of ambiguity, conviction and at the same time love for both Sibelius and Axel’, wrote the critic Jukka Kajava. Sella also played Sibelius’s wife in Timo Koivusalo’s film Sibelius (2003), and in recent years she has read Aino’s letters with cellist Jussi Makkonen and soprano Pia Freund in the concert ‘Tänä yönä en pelkää kulkea yli pimeän’.

Tähe-Lee Liiv (b. 2003) is one of the most promising Estonian pianists of her generation. Born on the Viimsi peninsula near Tallinn, she is a third-generation pianist. She is studying the piano in three countries simultaneously. In Estonia, she has played under Maigi Pakri and Marrit Gerretz-Trakman; since 2018 she has also studied at the Sibelius Academy with Hui-Ying Tawaststjerna and attended courses in Italy under Konstantin Bogino. Despite her youth, Tähe-Lee Liiv has already won several piano competitions, such as the ninth Estonian Piano Competition (where she was the youngest participant) and the Klassikatähed competition organized by Estonian television.

As a soloist Liiv has performed with the Estonian National Symphony Orchestra, the New York Camerata Orchestra and the Pärnu City Orchestra, and she has given solo recitals at the Concertino Praga Festival and Mänttä Music Festival. In addition to playing the piano, Liiv has always loved painting, and spends more and more time reading and going to the theatre. 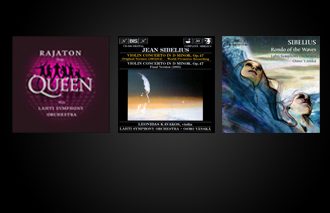