This internationally acclaimed festival will bring together friends of Sibelius’ music from across the globe September 2.9.-5.9.2021, as the Lahti Symphony Orchestra once again invites followers of Finland’s national composer to a wonderful celebration in the acoustically splendid setting of Sibelius Hall. The Artistic Director of the festival is the distinguished Chief Conductor of the Lahti Symphony Orchestra, Dalia Stasevska.

By church boat to the natural surroundings of Myllysaari and the world of runic singing!
After his wedding in 1892, Sibelius travelled to Karelia to collect runic songs. Dirges and runic songs, their history and Sibelius’s journey are revealed in this narrative concert by the Pajolaine folk song duo.

The singer, lament performer and jouhikko player Minna-Liisa ‘Minsku’ Tammela is one of the most prominent figures in the Finnish folk music tradition. Her artistry is built on contrasts that are nonetheless combined in a natural way into a complementary whole: a prankster who can be taken seriously. She is a composer, arranger and lyricist, but also a teacher whose art is rooted in thorough research. She can lose herself in the moment – but perhaps this is not entirely a coincidence.

Tammela’s workplace is all of Finland with its long, regionally different traditions. In the duo Kenttälä & Tammela, which she founded with Heidi Kenttälä, she explores the Lapland folk music tradition and storytelling. The Tarukki band,which she founded together with Iiris Brocke and Riikka Hänninen, focuses on ballads and spells, and she performs Karelian folk music with Emmi Kuittinen in the Pajolaine duo. In the band Juurakko, Tammela takes up the tradition of blues singing with an American twist. Tammela also performed in 2019 at the BBC Proms in London alongside Pekka Kuusisto with the BBC Scottish Symphony Orchestra.

The singer and folk musician Emmi Kuittinen specializes in Karelian laments, their history and practice. Although she began her studies at the University of Applied Sciences in Joensuu – in the middle of the best lament area – it was only when she was at the Folk Music Department of the Sibelius Academy that her eyes were opened to ‘crying with a voice’. ‘I didn’t just suddenly discover my inner self as a “weeping woman”’, she commented to the Finnish Broadcasting Company in 2017. ‘There was something miraculous about it and I set out obstinately to do it, although I have sometimes had my doubts as to whether it had any point –  would anyone be interested, and would it be OK to do so?’

Kuittinen has performed almost everywhere where there is a need for ritual-style lament singing: at demonstrations, at the Presidential Palace, and at concerts where she often performs her own laments and improvisations. Whereas very traditional Karelian laments are largely based on grieving and crying, in Kuittinen’s laments the melody and lyrics play the most important part. This can be seen by watching her YouTube channel, for example. In the spring of 2020 she published videos ‘Crying because of Corona Worries’ and ‘Crying because I miss my Friends’. ‘Laments have often been associated with rituals’, Kuittinen said in an interview with the Finnish Broadcasting Company, ‘weddings, funerals and going to war. Then there are also so-called ad hoc laments. You can cry in any situation. So laments can also be about something positive.’

The Lahti Symphony Orchestra reserves the right to make changes to the programmes and timing of concerts if the restrictions are required by the coronavirus infection situation. 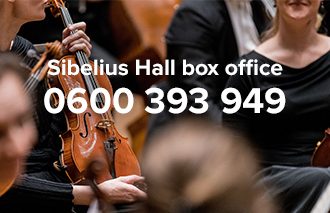